My friends at Patience Brewster  are celebrating Artist Appreciation Month and that has me thinking about the the many women artists who influenced me and what they’ve taught me. Patience is well-known for her finely crafted whimsical ornaments and every time I see one I’m inspired by her creativity. Every work a female artist makes is a building block in a network of creative women that extends back to the beginning of recorded history. Women have always been a part of the artistic landscape, though they are often bullied and targets of erasure from our cultural conversation.

Women artists are part of an invisible tribe. They exist in defiance of a culture that denies their voices and belittles their stories. Their accomplishments are marginalized, often dismissed as “craft” as if building something both beautiful and useful were a bad thing. They are branded with labels like “sentimental” because they dare to speak of emotional connection. The women artists of today owe much to the ones who came before – who persisted in the wake of bigotry and violence and fear to insist that their vision be honored and recognized. I write this to pay tribute to the bold and brave female creative spirits that influenced me on my own artistic journey. 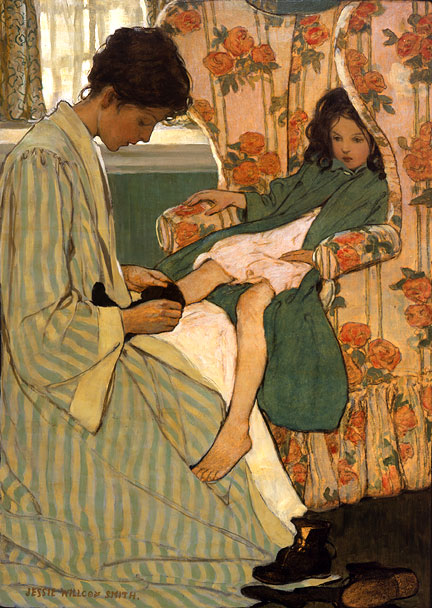 JESSIE WILCOX SMITH was a prolific illustrator of the late 19th, early 20th century. She created exquisitely detailed drawings and paintings for magazines, advertisements and books. Her portraits of women and children in domestic life resonate with tenderness and affection. The fairy tale stories she illustrated are greatly enhanced by her evocation of joy and wonder. Her use of color is spare and delicate and balanced. She taught me harmony and attention to the nuances of light and shade. 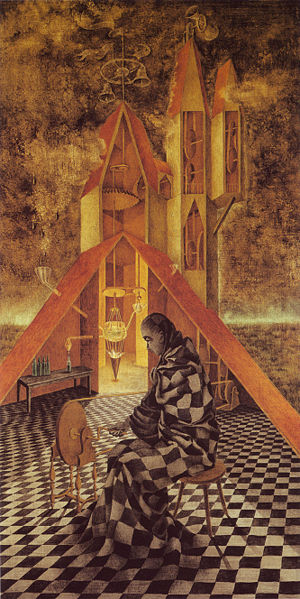 REMEDIOS VARO was a Spanish surrealist painter of the early to mid 20th century. Her work is characterized by its sense of uneasy absurdity and dream-like quality. Her figures often blend into the fantastic landscapes and backgrounds they are set in. Remedios was well aware of society’s attempts to devalue the creativity of women. Yet her persistence in creating and sharing her vision leaves us with a legacy of finely drawn, industrious figures existing in worlds of pure imagination. She taught me not to fear to travel to places beyond our limited physical perception. I learned from her that the value of color is not in its visual quality but in the emotion it promotes. 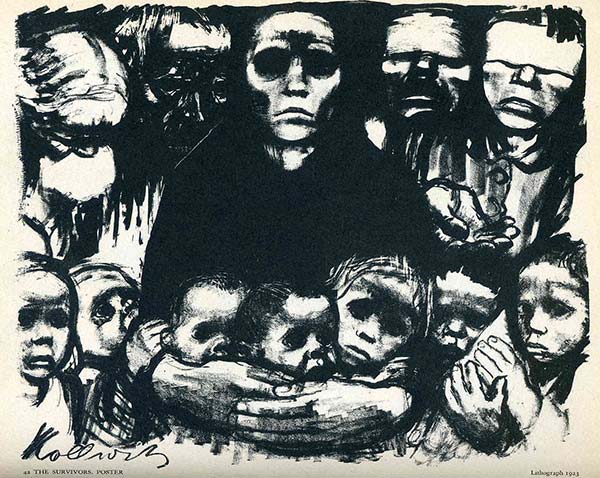 KÄTHE KOLLWITZ was a German painter, printmaker and sculptor who worked during the late 19th to early 20th century. I was introduced to her through an ex-partner of mine who was lucky enough to have an original print of this remarkable woman’s work. I still recall with vivid memory the aching line of that piece – the sheer emotional vulnerability that was caught and released by deliberate marks on fragile paper. Gazing at Käthe’s prints leaves you feeling raw and exposed. They are devastating in their refusal to back away from the horror of grief and war. Käthe taught me honesty. From her I learned to be ruthless with my creative expression and how to channel my frustration and anger in ways that would illuminate rather than mock.

These are only three of the many brilliant women artists that have contributed to and continue to extend our cultural identity. I urge you to seek out more of their work and to lend your own voice to the discussion. As women artists it is up to us to step out of our hiding places and take our positions upon the stage. Don’t be afraid to share your vision. You never know who might be inspired by your creativity and given the courage to tell their own story.

FIND OUT MORE ABOUT AND SUPPORT WOMEN ARTISTS:

National Museum of Women in the Arts  http://nmwa.org/explore

Mary Ogle is an artist, writer and podcaster. After attending the Rhode Island School of Design and Art Center College of Design, Mary emerged with a solid grounding in the traditional techniques of oil painting. Not satisfied with the inherent limitations of brush and canvas, she stumbled upon the fascinating world of computer graphics. Working as a professional artist in the digital medium, Mary’s commissions have included everything from fine art to fan art, book layout and cover design, event posters and magazine illustration. Mary’s love for writing is more recent but no less heart-felt. She is the author of Orangeroof Zoo a story based in fantasy / magical realism combined with intricately drawn coloring book pages. Her tv show reviews and articles on geek culture can be found at esopodcast.com and whataculture.com. Mary currently finds inspiration in the Ojai Valley, residing in a snug little cottage with a recalcitrant cat. Find out more about Mary at maryogle.com.

1 thought on “THE WHISPER AND THE SHOUT: WHAT WOMEN ARTISTS MEAN TO ME”

This site uses Akismet to reduce spam. Learn how your comment data is processed.